I awoke to the news that Fidel Castro had passed away.  Another event that seemingly is sharing the arc of my life.  I was only 9 or 10 when he ‘liberated’ Cuba and subsequently visited the UN.  Huntley and Brinkley covered him on the evening news and my memory is that he was impressive in his beard and fatique-green uniform. Other things that have disappeared … Huntley – Brinkley (both long passed) and fatigues. … all tactical military uniforms now are black, desert sand, or some variation of cammo.  We won’t even address the Eisenhower jacket.

Other things are disappearing … cursive writing, multiplication tables, parsing and diagramming sentences. Door keys, hardcopy receipts at stores (“we’ll email your receipt”), irons (I don’t know where mine is), wrinkles in clothing for that matter, toll takers at toll booths, parking lot attendants, cars that need drivers … all of these things or people are gone or quickly disappearing.

This morning the paper reported that for cars that still require drivers, the manual or stick shift transmission is a thing of the past.  Most manufacturers don’t even offer the option of a stick shift, not even Ferrari. 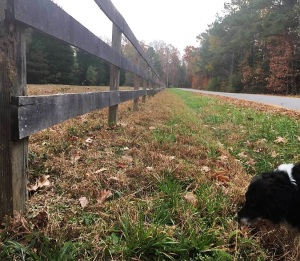 Fall, however, is still with us every year, at least until the tipping point of climate change.  Jack and I enjoyed a bit of chill in the air this morning on our walk and the stiff breeze has quickly dislodged bushels of the fading leaves.